Viñales is a beautiful small town in the Pinar del Rio province which is about 2.5 hours from Havana. It’s agricultural based with “mountains” and valleys, tobacco fields and botanical gardens. We saw cycling, hiking and horseback riding. There were lots of tourists and it was simply a really neat area. We first stopped at a cave system where the slaves used to hide from the Spaniards.

Mir and Luis heading to the field.

The government buys 80% of the tobacco leaves from the farm. The farm can do what they want with their 20%. So, they roll them into cigars and sell them to tourists like us. The government will put an official cigar band on the cigars they roll from the same leaves – in this case, the Montecristo #4.

We haven’t smoked ours yet but have every intention of doing so. In fact, we have never smoked a cigar ever – so when we do it will be a momentous occasion. We did learn the proper way to enjoy a Cuban cigar. It involves coffee and rum to fully experience the flavor of a good cigar.

Before leaving Cuba we did also buy some Cohiba cigars. Supposedly, they were Castro’s favorite and are considered some of the best in the world. The ones we bought were the Cohiba Robustos. We plan to enjoy these soon. Stay tuned for our full report.

Our lunch was absolutely delicious – multiple courses – so much food we couldn’t eat it all. There were appetizers, soup, chicken, pork, and fish. Dessert was flan. Miriam, who is not a flan lover, said it was the best flan she’s ever had. 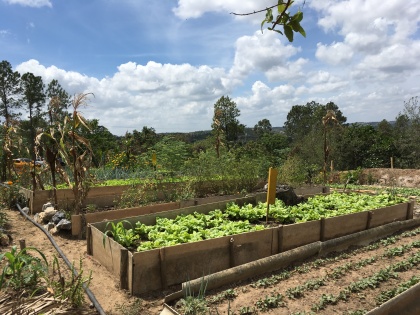 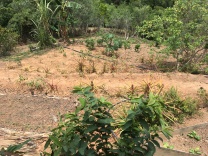 Another view from lunch.

I don’t quite understand the popularity of the Mural de la Prehistoria. But here it is.

We enjoyed our day trip to Viñales! We do have some video from our time there and will put together another short video of the sights and sounds we experienced.