Sad he had to write this. An excerpt from The Scouting Wire:

I want to extend my sincere apologies to those in our Scouting family who were offended by the political rhetoric that was inserted into the jamboree. That was never our intent. The invitation for the sitting U.S. President to visit the National Jamboree is a long-standing tradition that has been extended to the leader of our nation that has had a Jamboree during his term since 1937. It is in no way an endorsement of any person, party or policies. For years, people have called upon us to take a position on political issues, and we have steadfastly remained non-partisan and refused to comment on political matters. We sincerely regret that politics were inserted into the Scouting program.

I've had enough of the illegitimate President. How about you?

There are times when you question spending small fortunes on our four-legged children who rule our lives.

This tweet collection illustrates the danger we have with Trump in the White House.

Trump needs to go and his entire West Wing and political appointees. We need a complete purge of those loyal to this authoritarian. This includes the leadership of the Republican Party. Democracy depends on it.

From Politico, an apt portrayal of Putin's favorite party:

How did the party of Ronald Reagan’s moral clarity morph into that of Donald Trump’s moral vacuity? Russia’s intelligence operatives are among the world’s best. I believe they made a keen study of the American political scene and realized that, during the Obama years, the conservative movement had become ripe for manipulation. Long gone was its principled opposition to the “evil empire.” What was left was an intellectually and morally desiccated carcass populated by con artists, opportunists, entertainers and grifters operating massively profitable book publishers, radio empires, websites, and a TV network whose stock-in-trade are not ideas but resentments.

I can safely say that, assuming we will still have free elections in the future, I will never, ever, vote for anyone associated with the Republican Party. Ever. 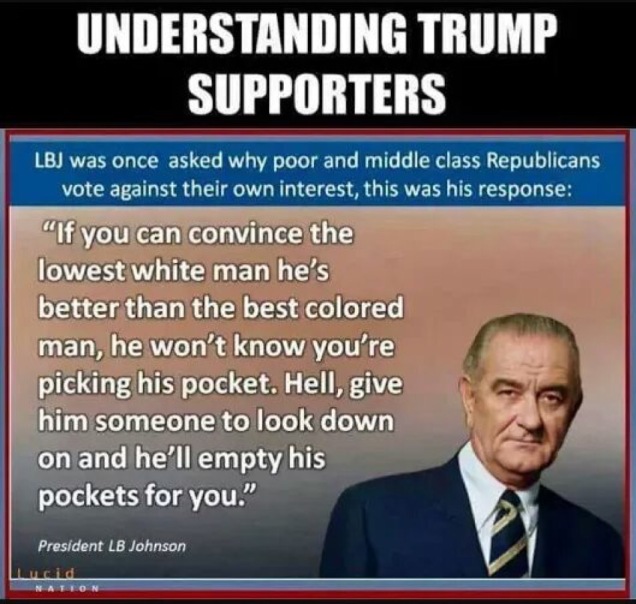 Voted against their own self-interests…and continue to do so…as the Republican Party happily picks all of our pockets dry.

This tweet is dated August 2016. We knew. Nothing that is happening now is a surprise. 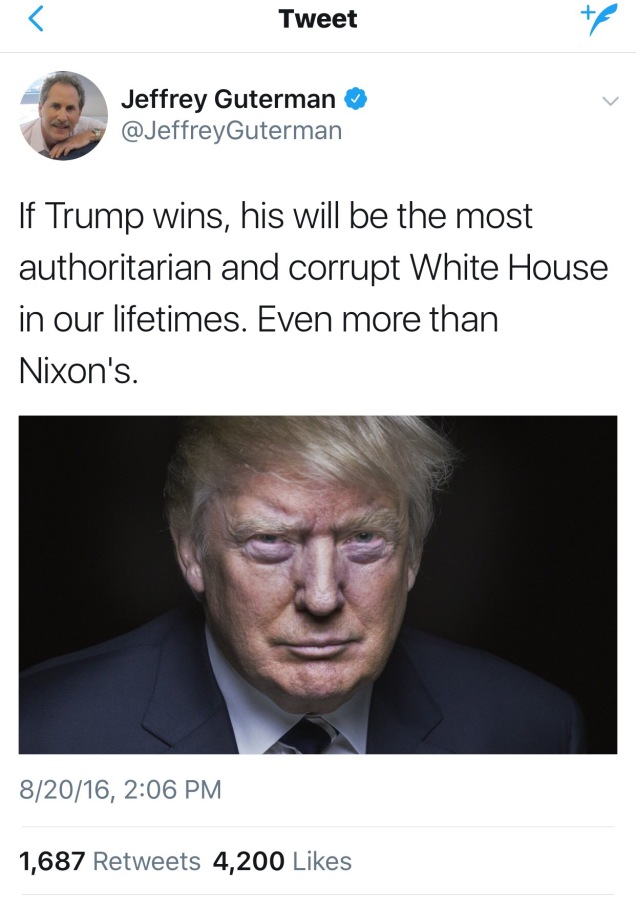 There’s no nice explanation for casting a vote for this abomination.

I’ll leave it at that.

Fuck every single one of you.