Yep, it’s late October and you know what that means. 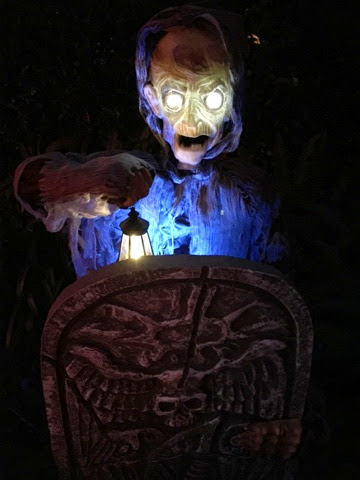 Most decorations have been put in place. 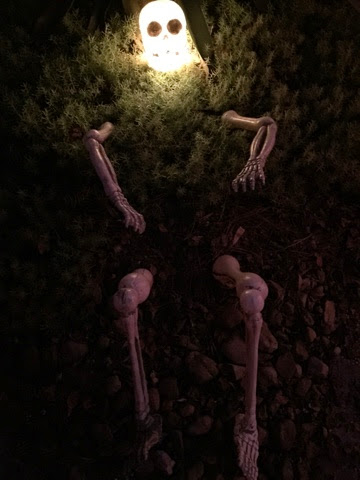 Still a little more planning to do. But we’re almost there! 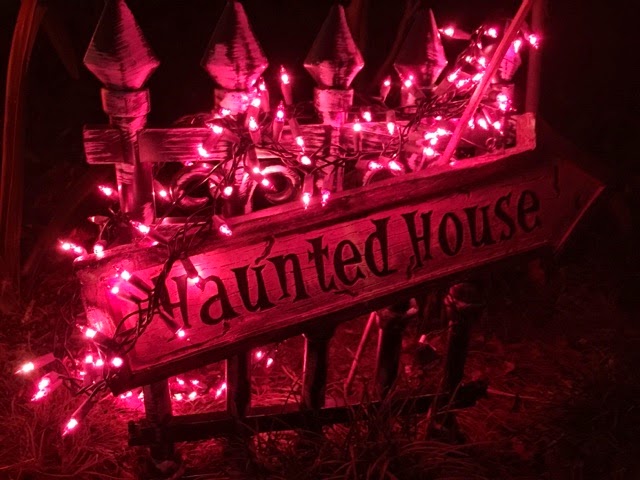 Granted I’ve only had the iPhone 6 Plus for 72 hours, but I want to give my input on this spectacular phone.
To be sure, this is a BIG phone. I upgraded from an iPhone 4S. I knew it was going to be large. Ever since the Apple event introduced the new phones, I’ve had a cardboard cutout of both new phones so I could become familiar with the different sizes. And yes, I bought the gold – I had decided that as much as I was spending on this baby, I was going for the gold! Bling, bling.
The battery life is amazing. I’m still getting used to not having to charge my phone when I get home from work. The large screen is so easy to read.
I haven’t had a chance to play with the camera. Can’t wait to take some pics and shoot some videos.
So far the biggest negative is how to carry the darn thing. I usually wear jeans to work and the pockets are big enough but it won’t fit in any other pants pockets – at least not comfortably. And since it’s so big I can’t really do the one handed thing I used to do especially since I’m using a case that bulks it up.
My previous phone, the 4S, was 3G. This new phone is 4G LTE and it flies!
So, it’s 9:57pm after a very long work day. During work I streamed an entire Adele concert video, streamed Spotify, checked Twitter, email, messaged, tested a website, googled stuff, etc. At lunch I started this blog post. This phone has had a very full day and still has 29% battery left! I love it!
I also haven’t picked up my iPad Mini since receiving this new phone. So. it can be considered a phablet. Conclusion? I think I’m going to keep it. When I bought it I knew it might not work out with the size and I could exchange it for a 6. But I don’t want to give up the big screen and battery life. I suspect after playing with the camera this weekend, I’ll be even more committed.
Ciao.
PS. This entire post was done on my new phone.
PSS. By midnight I had finally gotten the phone down to 9%. It takes a lot of work to drain this battery.
PSSS. No, it doesn’t bend. The whole “bend gate” thing is way overblown.