We’re sitting here in Duluth, GA at the Gwinnett Center waiting for the start of the Ole Miss vs Auburn game – the last one of the evening. It’s nice to be inside under cover – the temp is 37 degrees and it hasn’t stopped raining since this afternoon. 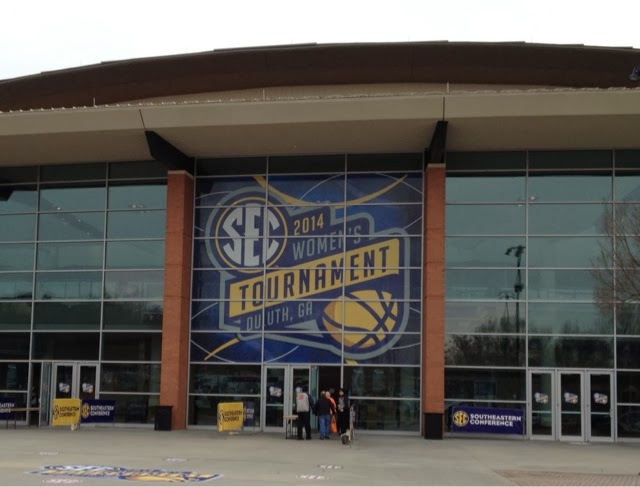 It’s been a full day. We slept in and then breakfasted at The Flying Biscuit. After a relaxing morning we headed to the arena to watch our Gators play Miss St. 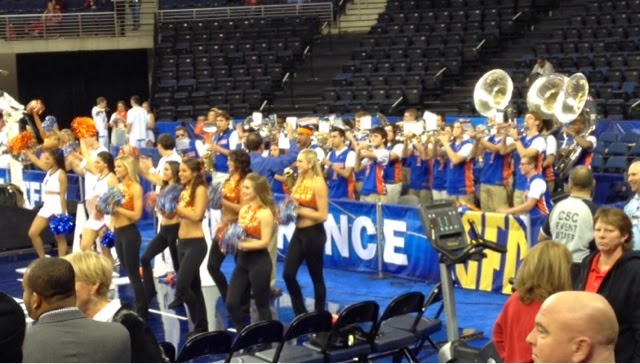 It’s great to have the Gator band and spirit squad here to support our team.
The game was close and tense as all our games seem to be, but we won and get to play again tomorrow against Kentucky. We’ve already beat them twice this year. But they’re a good team and we’re going to have to perform well to take a third win. But hey, why not three times! Let’s go get it! 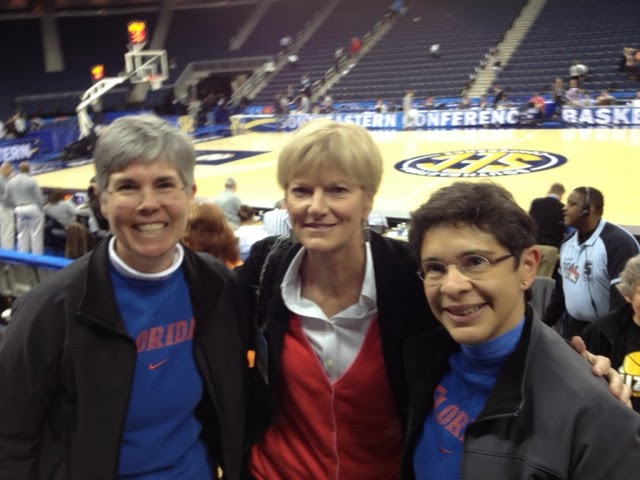 One of the highlights of the game was to have our picture taken with Carol Ross. Sweet!

PS. The title? It’s the Twitter hashtag for the women’s SEC tourney. Look it up and you’ll see some of my tweets.