Okay, basketball fans – the women’s basketball team will start the season with a WNIT tournament game on November 13 at the O’Connell Center. As a break away from practice, the team played a scrimmage game during halftime at one of the women’s soccer game. Yes, the ball you see Coach Butler holding was the ball they played the scrimmage with – it was a lot of fun. 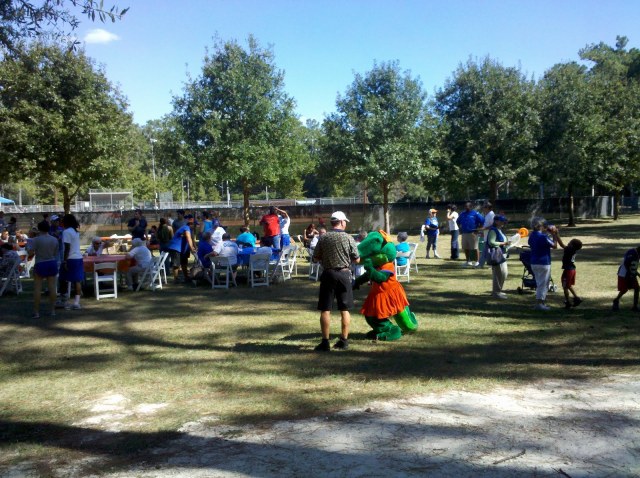 The UAA also sponsored an event called “Party in the Park” at Westside Park where fans could come see some of UF’s women teams. You could also join the Gator Back Court Club there – the booster club for the women’s basketball team. Friends, this club rocks. If you enjoy women’s basketball, then join the booster club. There are a number of events that the club sponsors throughout the season. Go to http://www.gatorbackcourtclub.com to learn more.

Above the basketball team is watching a magician/balloon maker. He was pretty entertaining.

So, come on out and watch women’s basketball. They’re going to be exciting this year. Go Gators!